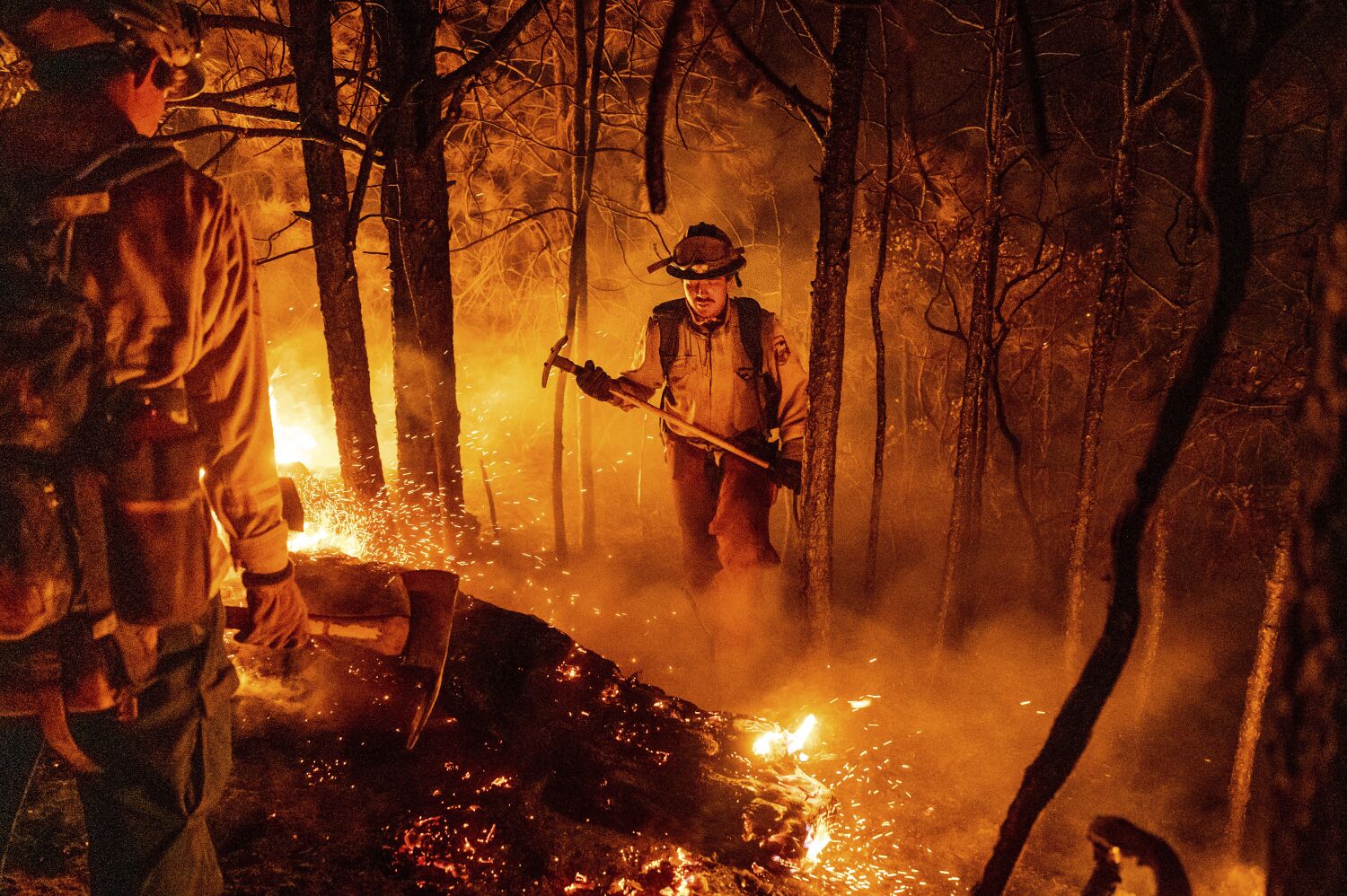 If everything had gone according to plan, Mary Davison, an 81-year-old long-distance hiker, may have died in the Mosquito fire.

Her goal of tackling hundreds of miles of the coast-to-coast American Discovery Trail this summer led her right into the thick of California’s biggest blaze of the year, which has burned more than 76,000 acres.

But Davison’s trip was delayed a few days as she tried to miss the worst of California’s scorching heat wave at the beginning of the month.

“If I had gone then, I would have been in the fire or trapped by the fire,” Davison said Friday from under a juniper tree in eastern Nevada on another part of the American Discovery Trail.

The Mosquito fire, which broke out Sept. 6, has continued to burn through historically dry vegetation in Placer and El Dorado counties. The blaze has destroyed 78 structures and damaged 13 others, according to the California Department of Forestry and Fire Protection.

The fire forced the evacuation of thousands of residents as it burned unchecked for several days west of Lake Tahoe before firefighters began making progress.

Davison estimated she was 40 to 60 miles away from the burn area last week when she began to notice a haze wrapping around the eastern side of Tahoe, just over the Nevada border.

Smoke from the blaze has spread throughout Northern California. In fact, days after it ignited, the fire had wafted a giant pyrocumulus cloud over the Sierra.

Davison, who lives in Washington state and whose story was first reported in SFGate, was able to continue her hike for the day but knew she couldn’t go any farther. The fire forced her to cut short that portion of her California trek, slowing her plan to complete the American Discovery Trail, which she began in 2015 in Delaware.

Rain on Sunday afternoon brought welcome moisture to the Mosquito fire burn area. As of Friday, the blaze was 60% contained, according to the California Interagency Incident Management Team.

But the relief came too late for Davison, who was hiking a different part of the trail Friday. She’ll continue hiking for a few more weeks, then pack up until spring, when her goal is to return to California to complete the trail she got knocked off.

An experienced hiker, the octogenarian has completed the Appalachian Trail as well as the Pacific Crest Trail and the Continental Divide Trail.

At age 76, when she finished the three major U.S. trails, known as the triple crown of hiking, she may have been the oldest person to have accomplished the feat. She said “some dude” has since done it at an older age.

Davison has written two books about her hiking exploits: “Old Lady on the Trail,” about completing the triple crown, and “Aren’t You Afraid,” about hiking the American Discovery Trail.

She said the frustrating delay to her completing the American Discovery Trail is something long-distance hikers have to contend with.

“You always have to consider you might get knocked off or detoured by forest fires. I started the Pacific Crest Trail in 2008, and there were fires that year and I think every year since,” she said. “That is the West. It is very dry and things burn.”