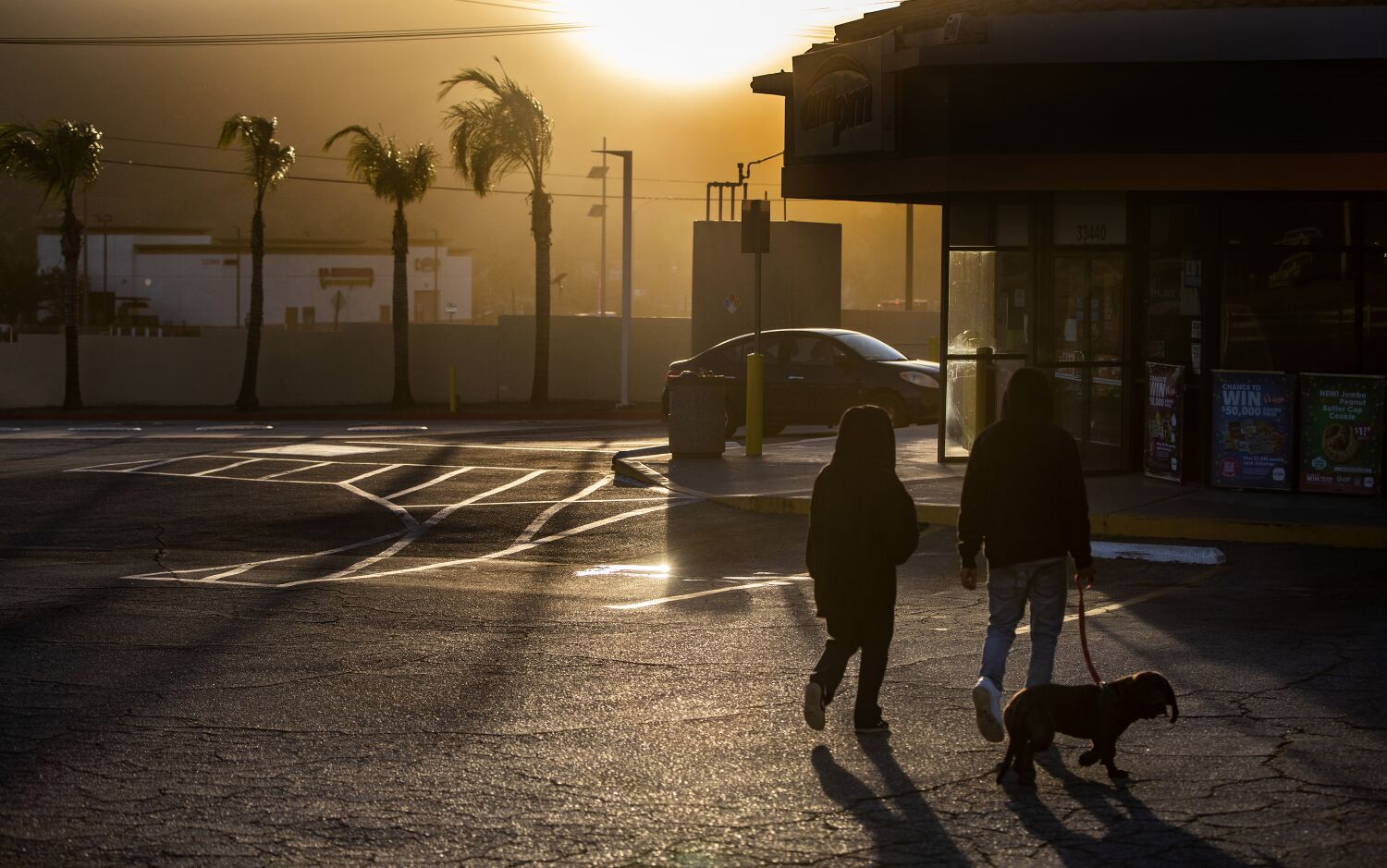 But dry conditions still raised the risk for blazes to ignite, and thousands of Southern Californians were left in the dark on Thanksgiving because of precautionary power shutoffs.

Parts of both counties were still under a red flag warning Friday morning due to hot, dry gusts and low humidity, with those conditions expected to taper down before noon.

Temperatures are expected to cool down to the 60s next week in Los Angeles, with no rain in the forecast.

The Santa Anas brought widespread gusts of 30 to 50 mph to much of Los Angeles and Ventura counties on Thanksgiving Day, according to the National Weather Service.

In the mountains, winds in some spots blew in the 50 to 65 mph range, with some gusts reaching 80 to 90 mph, the weather service said.

Mike Wofford, a meteorologist with the National Weather Service, said Friday that winds were already “quite a bit lower this morning” than they were throughout Thanksgiving Day. Still, some wind-prone hills and canyons will likely experience gusts 15 to 30 mph on Friday, the weather service said.

“We’re moving into a quieter period through the weekend,” Wofford said. “It’s still warmer than normal temperatures today, but we will be seeing those cool down over the weekend.”

On Friday morning, the California Highway Patrol issued a wind advisory for the 14 Freeway between the 5 Freeway and Ward Road amid high winds in northern L.A. County, cautioning that it could make driving difficult for trucks, campers and other tall vehicles.

The weather service cautioned drivers to reduce their speed when traveling through windy areas and warned residents to be careful when using fire sources in high winds and to secure any loose objects that could topple.

On Thursday, as a precaution against fires that could be sparked by power lines downed by high winds, Southern California Edison cut electricity to thousands of customers

More than 4,200 customers in Riverside County and 3,150 customers in Ventura County were subjected to a temporary, proactive “public safety power shutoff.”

Thursday afternoon, a brush fire dubbed the Sandstone fire broke out in a mountainous part of Ventura County. It did not burn any structures and caused no injuries before being quickly contained and extinguished. The county fire department tweeted that about half an acre was burned.

The Thanksgiving winds were the third blast of Santa Anas in a week after powerful gusts toppled semi-trucks, damaged electrical equipment and ignited a blaze in a Fontana pallet yard.