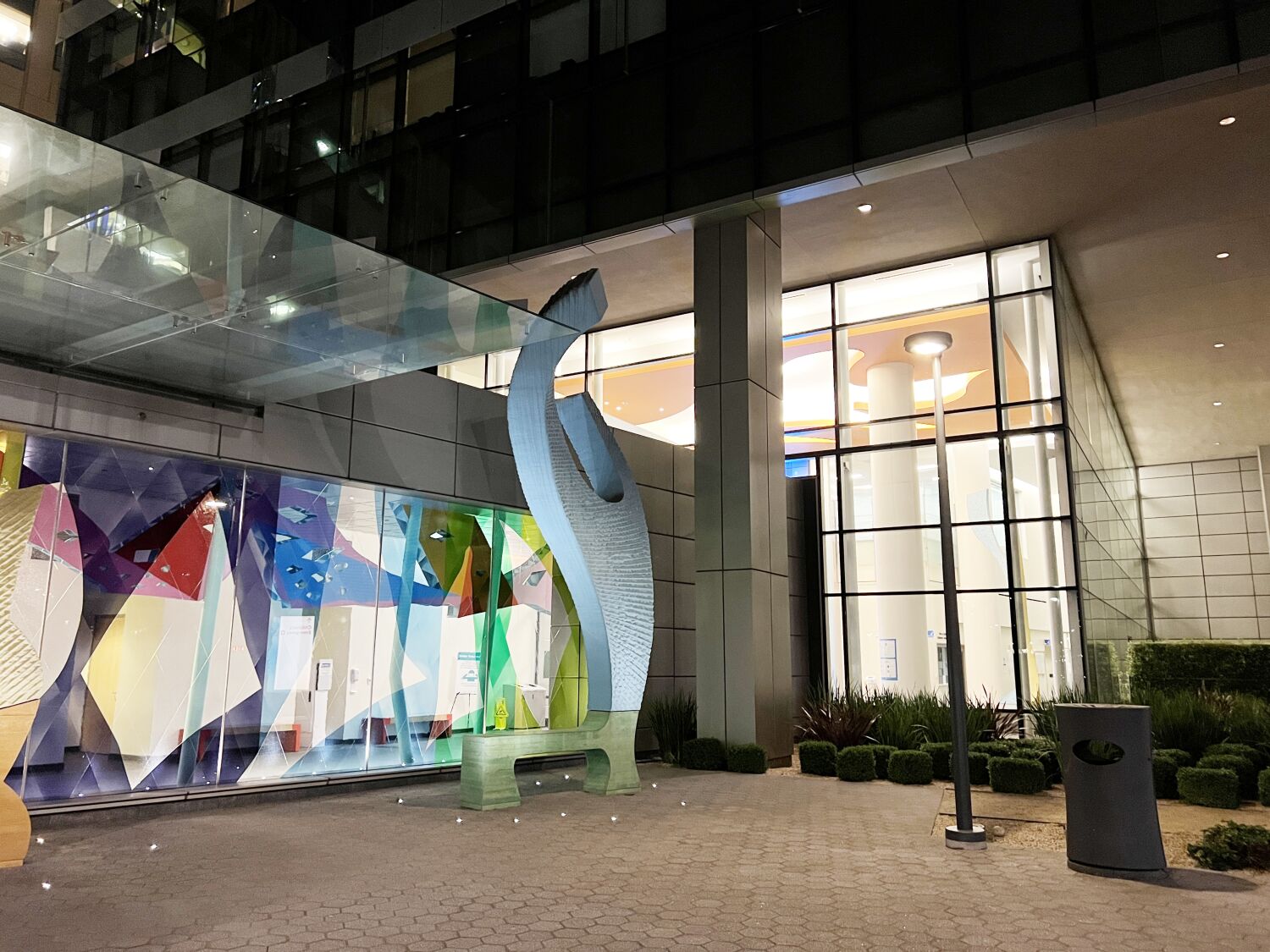 RSV and other respiratory viral illnesses are continuing to stress children’s hospitals across California.

RSV also continues to stretch the available emergency room capacity at Children’s Hospital Los Angeles, meaning the facility cannot always accommodate patient transfers from elsewhere. The positivity rate for RSV at the hospital is 28%, about the same as the previous week, when it was 29%, and less than the 37% reported earlier this month.

“These increases in pediatric bed occupancy are concerning, especially given the fact that we are still early in the typical respiratory virus season,” L.A. County health officer Dr. Muntu Davis said during a briefing. “These numbers do not translate to a dire situation at hospitals at this time, but we are already hearing anecdotally that hospitals and healthcare workers are feeling stress.”

The primary pediatric hospital in Orange County is also observing a high number of emergency room visits daily, according to the county’s Health Care Agency.

At Children’s Hospital Orange County in Orange, roughly 450 patients have been seen each day over the past week and a half in the emergency room. On Nov. 1, just after Orange County declared a health emergency related to RSV, CHOC was reporting more than 400 pediatric patients a day in the ER.

“We need to continue being vigilant in preventing the rapid spread of winter viruses,” California state epidemiologist Dr. Erica Pan said in a statement. “As a pediatrician who specializes in infections, and a parent, it is concerning to see the rise in RSV and flu in babies, young children and our elderly population. It is crucial we are aware of prevention methods, but also how to care for our loved ones at home and what symptoms to be aware of for parents to seek care for their children.”

Many of those who become infected with RSV can recuperate at home. Early symptoms in children can include a runny nose, reduced appetite and a cough, which may progress to wheezing. Infants younger than 6 months old will almost always show symptoms such as irritability, decreased activity, decreased appetite and apnea (breathing that stops and starts).

Symptoms that can warrant medical attention include severe dehydration; difficulty breathing; fever, particularly in young children or that exceeds 104 degrees; chest pain; and ear tugging or drainage. In babies, a warning sign is not having a wet diaper for eight to 10 hours straight.

Health officials say the simultaneous spread of respiratory illnesses threatens to exacerbate the strain on healthcare systems this fall and winter. Among those are the flu, which is already more active than in years past; and the coronavirus, which may be rebounding after a lengthy lull.

While this viral trio — sometimes referred to as a potential “tripledemic” — has garnered headlines, they are not the only illnesses circulating. At UC San Francisco, other viral illnesses, including MPV — also known as metapneumovirus — and parainfluenza are rising.

Given the risks posed by the respiratory virus season, officials say it’s vital that residents protect themselves. Simple steps like regularly washing your hands, staying home when sick, covering your nose and mouth when you cough or sneeze and wearing a mask in crowded or indoor settings can help tamp down transmission, officials say.

“Just know that it’s a way to protect your family, to protect your community and protect the place where you work,” Ruel said of wearing a mask in indoor public settings.

And while there’s currently no vaccine available for RSV, the same isn’t true for the flu or COVID-19. For the latter, updated boosters can provide an extra degree of protection throughout the holiday season, officials say.

“COVID-19 is definitely on the rise again — wastewater, test positivity, reported case rates are all increasing,” Pan wrote on Twitter recently. “On top of an early RSV and flu season, our hospitals are stretched. Get your booster and flu vaccine now!”